The best golfers in the world will be sporting the humble baseball cap when The Open comes to Portrush later this week.

And, whilst the elite professionals will be busy competing for the most prestigious trophy in golf, we at Paradigm will be busy with our own thoughts.

Our staff will be wondering just what exactly lies beneath all the baseball caps that will flood the fairways on the beautiful Antrim coast.

Despite the superhuman efforts of some exceptional players, these golfing connoisseurs – like all mere mortals – suffer from hair loss. And just as with golf, there are rules and patterns to that hair-loss process.

We have selected some golfers who are at various stages of hair-loss, as laid-out in the Norton hair-loss scale.

Is there some mystical connection between the stages of hair-loss and the facility with a golf club? Perhaps only time will tell. 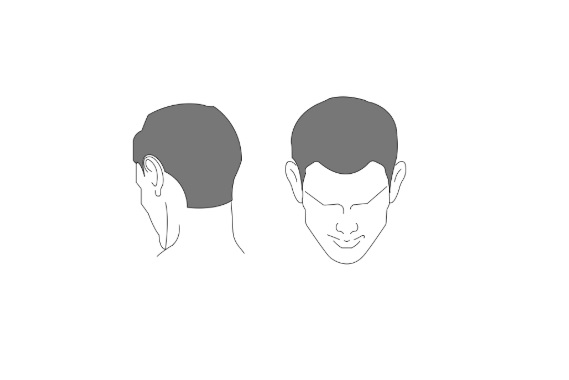 This traditionally represents an adolescent hairline. It is not actually balding, but is the first stage in maturing from a teenage hairline to an adult male hair line.

We would not recommend transplanting someone with Norwood 1 stage of hair-loss as it would damage healthy hairs. We would also want to see how the hair loss might progress over time.

If there is some indication of further hair-loss, we may possibly recommend medication to stabilise the hair-loss.

An example of Norwood 1 is Rory McIlroy.

Rory has a mature hairline but he doesn’t have any hair-loss.

At this stage, any thinning that may develop can be treated with one or both of the only FDA approved medications, Propecia and/or Rogaine. Both these medications have undergone clinical trials and have been proven to reverse the balding process. They are effective in 90% of patients whilst they are being used. If you stop using them their effects will wear off and your normal balding process will continue. 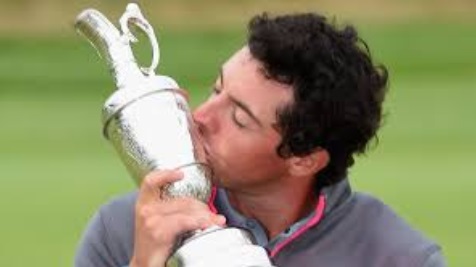 This pattern indicates a further progression to an adult hairline. The temples deepen slightly and the hairline recedes up from the brow crease.

We would not recommend transplanting someone with Norwood 2 as this will damage healthy hairs.

At this point it is tempting for young men to ask for their temples to be filled in – but this can be disastrous in future life if you progress on to a stage 4 or more. This is because you will not have enough hair to join the temples to the new receded hairline. It is difficult to design a natural looking hairline if the temples have been placed at a point that is too low.

Medication can be used to slow down any hair loss at this stage.

An example of Norwood 2 is Darren Clarke.

Darren’s hairline has receded upwards and has deepened at the temples.

Darren does not look like he has any hair-loss, the temporal recessions are just a maturing of the hair line.

Family history and age will determine whether you are destined to progress on to Norwood 3 or more but however old you are, transplantation is never recommended at Norwood stage 2. 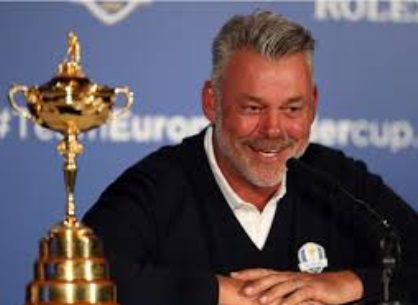 Norwood 3 is said to be the earliest stage of male pattern hair-loss. The temporal recession deepens and a frontal tuft is established. Further hair-loss or thinning can be stabilised by medication.

We would consider transplanting this pattern depending on the individuals age, their future hair-loss path and their personal expectations of a transplant.

An example of Norwood 3 is Jordan Speith.

If Jordan just transplants the bald areas now and goes on to lose more hair he will have an unnatural hair-loss pattern which will affect his confidence.

Medication can help to slow-down hair-loss at this stage but suitability for transplantation would depend on your age and your expectations.

However, the forelock can be stabilised with a transplant and/or with medication. The design would be dependent on your future hair-loss and your age – but the goal is always to create a transplant that looks natural now and in the future. It is also important that the transplant isn’t dependent on either further transplantation or medication for its naturalness. 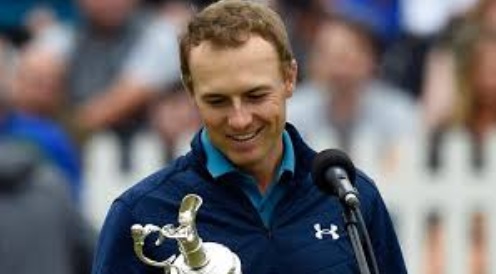 It is universally accepted that you do not transplant the crown of a man under the age of 45 as he is likely to lose more hair. A transplanted crown in a younger man with Norwood 3 vertex could become isolated as his hair-loss progresses. This would potentially leave a circle of bald skin around a premature transplant. This will look unnatural. It would also be difficult to correct if you progress on to Norwood 5 or more.

We would, at this stage, recommend using medication in addition to surgery in the appropriate age group, or medication on its own to hold on to the existing hair.

An example of Norwood 3 Vertex is Tiger Woods. Over time Tiger has developed a thinned Norwood 6 pattern.

Medication can stabilise his hair-loss and even thicken his remaining hair-loss area. That may be enough to reduce the size of the thinned crown. 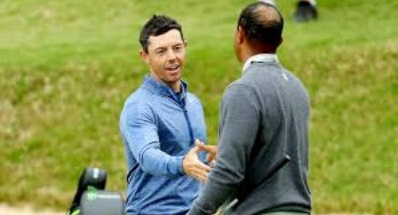 Norwood 4 is characterised by further frontal hair loss and an enlargement of the crown – but with a solid bridge of hair separating the two balding areas.

Depending on your anticipated future hair-loss, we could transplant either the crown or the frontal forelock. You would need to decide what your priority is as there is not enough donor hair at this stage to give you density in both areas. A significant factor in design would be your potential future hair-loss pattern. But if this is as far as your hair-loss goes, we could make a significant difference in both areas.

Medication will help to hold on to the hair you have whilst a transplant will fill in the bald areas.

An example of Norwood 4 is Dustin Johnson. In the photograph below you can see the forelock separating from his bridge.

Age and family hair-loss history are the determining factors in the design of this transplant. In a man below the age of 45 a conservative approach would be to assume that he will lose more hair and go on to develop a Norwood 5, 6 or 7 depending on his age and his family history. He will have inherited his hair-loss pattern from someone in his family.

A forelock would establish a permanent hairline with some density. This could blend in to the bridge or stop short of the bridge.

As long as you have hair, medication will help to thicken that hair and prolong its life so it’s always worth considering using Rogaine and/or Propecia (Finasteride). 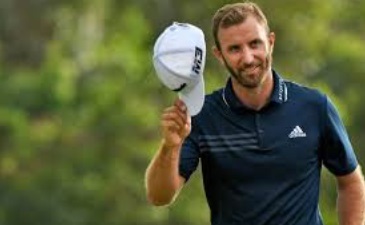 At Norwood 5 you’re experiencing a significant amount of hair-loss.

There is a small tuft remaining in the forelock, the bridge is beginning to split in half and separate and your bald crown is getting bigger. The temples are receding now so the shape of your face is changing as more bald skin is visible.  The frame of your face is breaking down, changing your appearance more comprehensively.

We would transplant this pattern. The main design consideration would be where to position your hairline. A low hairline would require more grafts and reconstruction of the temples. A higher hairline would leave more hair to use on the crown.

You may want to use medication to slow down hair-loss on the bridge and crown.

An Example of Norwood 5 is Mark Kuchar.

Once again, you will have to decide whether the crown or the forelock is your priority as there is never enough hair to turn you back in to a Norwood 2.

By broadening the forelock and filling in the bridge you can revert to a Norwood 4. This would establish a permanent hairline. You can have a thin covering on the crown to take the bald look away – but even at this stage you need to be cautions as the crown can widen. The universal rule of thumb is to leave the crown in a man below the age of 45.

If the crown is your priority – and your hair-loss pattern in that area has been established – you could fill-in the crown with density as long as you keep the hairline in the naturally conservative position that Mark has it. You can broaden that hairline slightly and give it some density.

Naturalness is the key to any hair transplant. 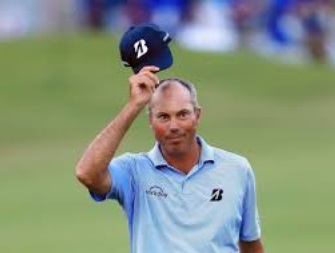 This occurs when the bridge of hair separating the crown from the frontal tuft in Norwood 5 disappears leaving a large bald area. The temples have often receded but the sides above the ears and around the crown remain high.

At this stage donor hair is limited but the FUE method is able to harvest hair high in the sides which the strip surgery method would not be able to harvest.

The main priority with any design is always naturalness. The high sides in a Norwood 6 give a point at which the new hairline can be joined to the existing hair. Hairline position is key to naturalness, a lower hairline will require the reconstruction of the temples and this can use up a lot of grafts at the expense of the crown.

An example of Norwood 6 is Zach Johnson. In this photograph Zach is thinning in a Norwood 6 pattern but he will lose all the hair from his hairline to the top of his crown.

The amount of available donor hair is reducing whist the amount of bald skin to cover is increasing. The forelock and the bridge have now gone but the high sides above the ear that held the bridge in place are still intact.

A Norwood 6 can be reverted in to a Norwood 5 or 4. You can take the bald look from the crown with a small amount of grafts scattered over the crown. But this only looks natural when the forelock has been re established, as such extensive hair-loss wouldn’t come with a thinned crown. 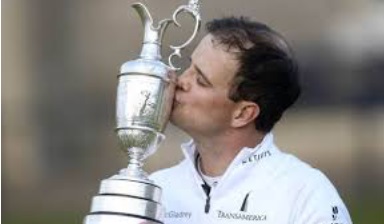 Norwood 7 is the most extensive pattern of hair-loss.  If you progress to this point, you will have lost the high sides of a Norwood 6 and your crown will have dipped down leaving a narrow strip of hair around the back and sides of your head. The temples will have receded.

The greatest restriction in transplanting this pattern is the amount of donor hair left to redistribute. In addition, there is a large area of baldness to cover.

A stage 7 pattern is the most difficult to design.

We would spend a lot of time with the individual patient discussing their design as it must look natural and it must suit the face-shape of the individual. This may involve multiple pre-operative design consultations.

An example of Norwood 7 is Stewart Cink.

The sides have dropped down and the temples have receded backwards leaving a large expanse of forehead. This is when you need the right shaped head to carry off the bald look.

This is the particularly difficult from a design perspective as all of the hair structures have fallen away leaving just a rim of hair around the sides and back. A small amount of grafts could create a forelock which is not attached to anything, this is called an isolated forelock. It’s difficult to get the design right on this to make it look like a naturally occurring pattern but it is very effective in framing the face and uses only a small amount of grafts. 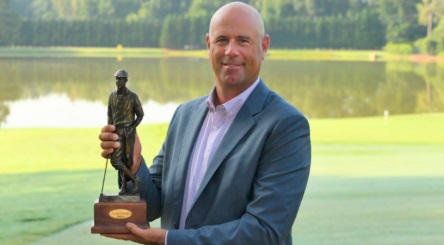 There are very few men who are blessed with a full head of hair for the entirety of their life.

Padraig Harrington is one of these men. He still has his teenage hairline even though he’s in his 40’s now.

Padraig has no hair-loss genes so he will never lose any hair. 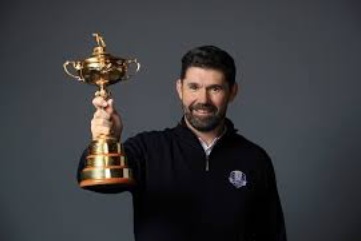 Paradigm Clinic are a hair transplant company dedicated to providing an exceptional hair transplantation experience and outcome for clients throughout the United Kingdom and Ireland. Our highly-skilled team of technicians and designers has the ability and track-record to create an individual hair transplantation experience which deploys the most recent scientific advances, techniques and equipment. To organise your consultation, contact us now at info@paradigmclinic.co.uk, or call  +44 (0) 7468 462 884.